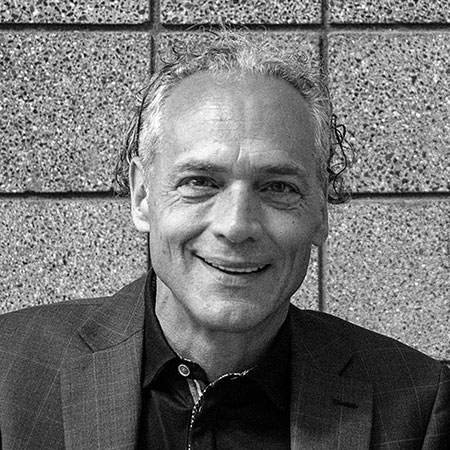 Dr. Steffen Lehmann, Assoc. AIA, (born in Stuttgart, Germany) is an internationally recognized educator, scholar, author, designer, scientific researcher, and strategic leader. He is a tenured full Professor of Architecture and former Director of schools of architecture, including the UNLV School of Architecture in Las Vegas. He is also Director of the interdisciplinary Urban Futures Lab, and CEO of the Future Cities Leadership Lab (see links below), where he is translating a strategic outlook into programmatic initiatives and impact, dealing with a rapidly changing profession and transforming society. Before joining UNLV, Steffen Lehmann was the chair-holder of the UNESCO Chair for Sustainable Urban Development for the Asia-Pacific Region.

Steffen is an award-winning researcher and innovation consultant working with leading companies, cities, and various governments from around the world. Since 2002, he has been a tenured full professor in a range of leadership roles at four research-intensive universities, on three continents: in the U.S., the UK, and Australia.

He has held senior executive positions in universities across Europe, Asia, and America; including as tenured full Professor of Research and Innovation at the University of Portsmouth (UK), and at the University of South Australia, where he led the university-wide research theme ‘Sustainable Cities’; and as Founding Director of the Cluster for Sustainable Cities (UK), a nationally and internationally awarded, multidisciplinary research center with a membership of 40 researchers that focuses on urban sustainability and resilience questions relating to the built environment. Before this, for 14 years he was a full professor and Chair at leading universities in Australia, where he served in a range of senior leadership roles, including Director of Research and Head of School.

As Head of School in Perth, Australia, he was responsible for over 3,000 students and 150 academic, professional and casual staff, with offshore programs in Malaysia and Hong Kong, and an annual operating budget of $42m. He led significant teaching reforms that improved student outcomes and increased research output by over +35% per year, quality and impact by building on existing areas of strength. Strategic leadership of schools of architecture: Steffen has led schools of architecture in the U.S. and Australia:

Steffen is an experienced leader and his focus as Director is on strategic growth, promoting entrepreneurship, reconnecting with alumni and donors, developing new graduate programs, establishing the Global Studio study abroad programs, and enabling relevant innovation and impact.

Education:
After completing the German Abitur in Stuttgart in 1983 and a Master’s degree in Mainz, Germany in 1988, Steffen graduated with the AA Diploma from the Architectural Association School in London (1991, enabled by a DAAD scholarship), and later completed a Ph.D. in Architecture and Urbanism at the Technical University in Berlin (2003).

Since 1991, he has taught urban and architectural design studios and research methods in 6 countries and won the Award for Teaching Excellence at the University of Newcastle. In 2020, he was awarded the Global Top 100 Leader in Education Award for pedagogical innovation.

Before establishing his own practice Steffen Lehmann Architekten & Staedtebau GmbH in 1993 in Berlin, he worked with internationally recognized architects:

Steffen became a licensed architect in Berlin in January 1993, when he founded Steffen Lehmann Architekten & Staedtebau GmbH as a collective interdisciplinary practice engaged in research and design. Defying the conventional classification of design disciplines, Steffen founded his studio to bring the practices of design, architecture, and urban planning together in a single workspace. Under his leadership, the firm has been able to build a construction budget of $1b. Over ten years, he was actively involved in the urban creation of the 'New Berlin'. His work was the subject of various group and solo exhibitions throughout the world, including a solo exhibition at the Bauhaus in Dessau, at AEDES Gallery in Berlin, and at Plan’99 in Cologne.

His advice on sustainable urban development has been sought by political leaders from Asia, Australia and Latin America, as well as from the US and Europe. Over the last 25 years, Steffen has advised over a dozen of cities on sustainable urban development, including Berlin, Stuttgart, Shanghai, Singapore, Sydney, Melbourne, Adelaide, Brisbane, Abu Dhabi, Ho-Chi-Minh City, Oslo, Helsinki, Brighton, Southend-on-Sea,  Reno, and Honolulu.

As Founding Principal and thought leader of the practice, Steffen provides overall vision and project leadership to the firm. Most of his built work is the result of winning design competitions for historically significant places, including large mixed-use complexes at Potsdamer Platz, Pariser Platz, and the Quarter at the Museumsinsel Berlin. He delivered the Euro 120mil. French Embassy and Residence at Pariser Platz in Berlin as Generalplaner, in partnership with Christian de Portzamparc (1997-2002); the Euro 300mil. mixed-use complex and BdB headquarters at Hackescher Markt (1994-2002), and the Euro 400mil. headquarters for Pfizer Pharmaceutical at Potsdamer Platz (1993-2002). His prestigious public and private clients include notable institutions such as the Bundesverband Deutscher Banken, the Auswaertige Amt (German Ministry of Foreign Affairs), Deutsche Bahn AG, the Berliner Volksbank, Daimler Immobilien, and numerous others he has represented - with entities as diverse as the Senate of Berlin, the Republique de France, Manhattan Loft Corp, the City of Sydney, and the Deutscher Gewerkschaftsbund (German Workers Union). His buildings and project designs have been published extensively, and the firm’s work has been the subject of two monographs (published by Junius Verlag and AEDES Gallery).

He has dedicated his long and distinguished career as an architect, urban designer and educator to social impact through the improvement of cities’ public spaces, most recently as the founder of the Urban Futures Lab. He has generated significant external research income through involvement in many research and consultancy projects and his publications are highly cited. Steffen has published 22 books with prestigious publishers, and countless (400+) articles and papers on architecture and sustainable urban development. In the 1990s, he coined the concept of Green Urbanism. His research is in the field of urban resilience, sustainable architecture and urban design. Over the last 25 years, his pioneering work and influential scholarship are best known for its holistic view of urbanization and for actively promoting sustainability, devoted to understanding and unraveling the principles of the modern metropolis and its urban system, exploring the themes:

Steffen is a very productive research leader. His Google Scholar profile lists over 3,000 registered citations with an h-index of 28, and an i10-index of 47 (Dec. 2020). Some of his publications have been translated into Chinese, German, French and Spanish.

He was founding director of two successful research centers at the University of South Australia, and Principal Investigator of several large multidisciplinary grants. His centers generated and managed over a total $15 million in research funding in a wide range of grant categories. He has been a lead or co-investigator on over 20 research projects, including:

Research centers and institutes established and managed by Steffen:

He has led active interdisciplinary teams of scholars, Ph.D. researchers and postdocs as part of his centers, engaged in comparative research focused on sustainable urbanism societal impact, and energy-efficient architectural design in the Asia-Pacific region. He has demonstrated significant international leadership in research and teaching as well as an outstanding track record in advancing world-class research. His research over the last 20 years was continuously supported through competitively won research grants.

In recognition of the international significance of his work, he was appointed in 2008 as chair-holder of the inaugural UNESCO Chair for Sustainable Urban Development in the Asia- Pacific. He is currently a member of 5 editorial boards of academic journals, the editor of a Routledge book series, and a reviewer of grant applications for major funding bodies. He has been appointed to the board of various public organizations, including the UN’s reference group for the formulation of the Sustainable Development Goals. He is a member of professional organizations, including:

Ph.D. Supervision: Since 2003, Steffen has been registered as Principal Ph.D. Supervisor and he has successfully advised numerous Ph.D. students and postdoctoral Research Fellows as Primary  Ph.D. Supervisor (12 Ph.D. students and 3 post-doctoral fellows), in the US, the UK and Australia. He has been appointed as External Ph.D. Examiner by top universities, including the University of Sydney, Univ. of Western Australia, Bond University, Univ. of Salford, KTH Stockholm, Hong Kong Poly University, University of Portsmouth, and the University of Greenwich. As Head of School in Australia, he oversaw a cohort of 85 Ph.D. students. He is mentoring early career researchers, providing them with opportunities within his research groups and ongoing projects.

Public speaking: He is an engaging speaker, and over the last 30 years, Prof Lehmann has presented his research and design work publicly over 600 times at conferences, symposia, and important events, in 40 countries, including delivering over 100 invited keynote addresses.

Collaboration with artists: Steffen has been collaborating with established artists for over 30 years, and was the Creative Director and Curator of large international events where artists collaborated with architects in the creation of site-specific full-scale installations in urban spaces, including: “Rethinking: Space-Time-Architecture” in Berlin (2000; part of the UIA World Congress), “Absolutely Public” in Brisbane (2005, funded by Brisbane City Council), “Back to the City” in Newcastle (2008), and “Hidden Networks: Laneways/City Spaces” in Sydney (2009, funded by the City of Sydney); “Hub-to-Hub” in Singapore (2010; funded by URA); catalogs were published for each of these art events.

For many years, Steffen has been a passionate advocate and champion for diversity, equal pay, and the advancement of female graduates and under-represented ethnic populations. He believes that diversity and mentoring programs contribute to rich and stimulating learning and research environment, one that best prepares the leaders-in-the-making for the challenges and opportunities of tomorrow; and the importance to offer students richly varied perspectives, approaches and ways of knowing and learning.

The question of how the profession can become more equitable, diverse and inclusive means to address the challenges of our time. While recruiting and building a diverse faculty varies by discipline, there are particular opportunities in the design disciplines and social sciences that could give these disciplines a leadership role in making diversity happen. Steffen’s influence extends well beyond Nevada and the USA, and here are examples of the numerous activities where he has pro-actively supported the goal of diversity:

He looks forward to highlighting how design thinking and the applied humanities have a vital role in tackling the enormous challenges cities are facing—from managing the impact of climate change, to supporting economic recovery and wellbeing.