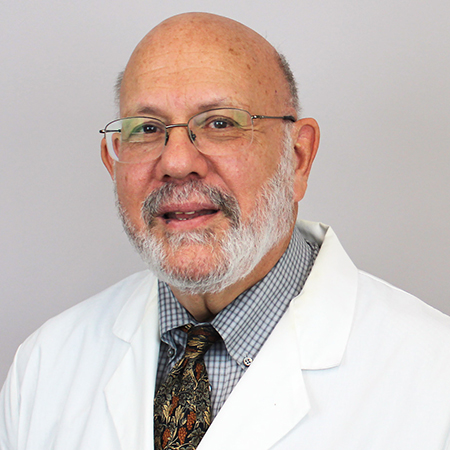 Dr. Forman completed his internship and internal medicine residency at Green Cross General Hospital in Ohio & at the Brooklyn Veterans Administration Hospital. In 1979 he completed a university-based rheumatology fellowship at State University of New York Downstate Medical Center and Kings County Hospital. He remained on the teaching faculty of Downstate Medical Center until he moved to Fort Worth, Texas in 1992 as a rheumatology faculty member at the University of North Texas Health Science Center. He remained there for 12 years and was promoted to Associate Dean and subsequently Vice President for Student Affairs.

While in Texas, Dr. Forman was the Director of Rheumatology at the Tarrant County Hospital District and a Consultant in Rheumatology for the Federal Corrections Medical Center – Bureau of Prisons and Chairman, Department of Medicine, at the Osteopathic Medical Center of Texas. He has been on the academic faculty at either an allopathic or osteopathic medical school and actively involved in medical education at a variety of residency training programs, throughout his career. He has practiced clinical and academic Rheumatology for 41 years.

Dr. Forman was appointed to the American College of Physicians Postgraduate/Chapter Education Committee for the 2013-14 term and reappointed to a 2nd term. Dr. Forman is only the second Nevadan to serve on an ACP National Committee.

In November 2013, The American College of Physicians (ACP) voted to elect Dr. Mitchell Forman to Mastership in the American College of Physicians. Mastership is conferred only on a very select number of candidates around the country who are deemed distinguished through the practice of internal medicine and represent the qualities of strength of character, integrity, bravery, perseverance, compassion, devotion, steadiness and clinical competence. Emphasis is placed on the candidate’s service as a mentor, advocacy for quality in internal medicine, a commitment to social justice, deep interest in people, and the creation of communities of medicine.

Dr. Forman has a very active clinical practice in Arthritis and Rheumatic Diseases at Touro University Nevada. He has decided to relocate his practice to the UNLV School of Medicine Arthritis Clinic in November 2018. He enjoys the practice of Rheumatology and interacting with residents and medical and allied health professional students. He is looking forward to the new challenges his change in practice location will present. Dr. Forman has particular interests in clinical rheumatology, ethics and professionalism and end of life issues and continues to lecture in these areas locally and nationally.