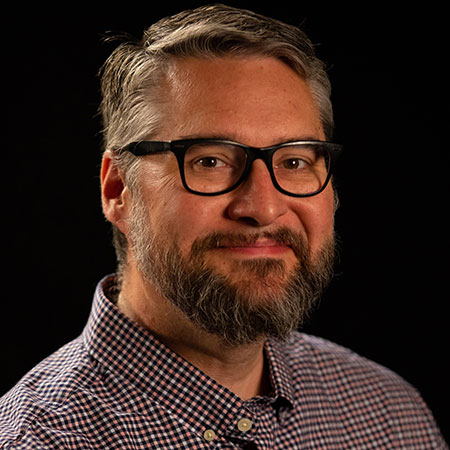 Jason Edmiston received a Bachelor of Arts in Film from UNLV in 2002. He served as a post-production supervisor for Penguin Magic, producing web content, educational features, and multimedia components for stage shows, and then joined UNLV FILM full-time in September 2005. As the Film & New Media Specialist, he has edited major projects, including feature films, and assisted students on their journeys as filmmakers and scholars. Currently, he is also an Assistant Dean in the College of Fine Arts.