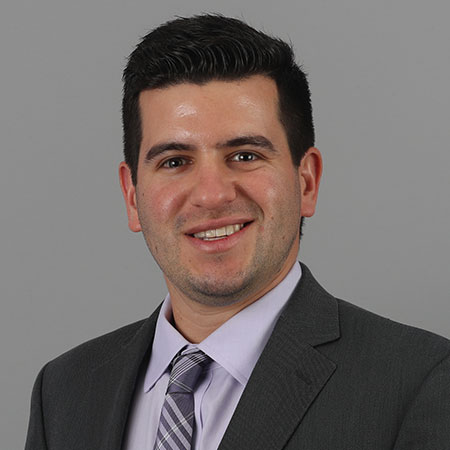 James Vega is a senior program manager with the Raiders Silver & Black Productions, the in-house broadcast department for the football team. He is the coordinating producer for a new historical documentary series called A Raiders Life, which is set to premiere in spring 2019. The show will highlight the people and the moments that built the Raiders organization, beginning with the inception of the team in 1960. Vega got his start in the business as an associate producer and then producer with the Raiders from 2007 to 2010, where he contributed to the production of Behind The Shield, The Raiders Report, and The Silver & Black Show. Prior to his current role with the Raiders, he was a producer at the University of Portland. While there, he created a weekly television show called Portside With The Pilots, which provided an in-depth look at UP Athletics. The series aired regionally on NBC Sports Northwest. Vega earned his B.A. in political science from Saint Mary’s College of California.