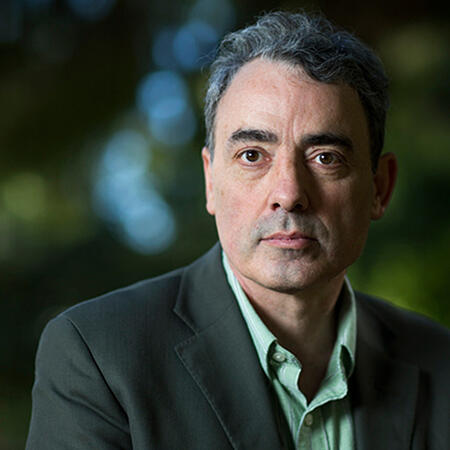 Professor Francis A. Cucinotta joined Department of Health Physics and Diagnostic Sciences during fall 2013 and teaches radiation biology, radiation dosimetry, and radiation science within the undergraduate and graduate programs.

Cucinotta’s research focuses on biophysics models of health effects caused by radiation on Earth, including radiation treatment of cancer, and in space travel, including astronaut risk assessment. He had developed models of radiation carcinogenesis, damage to neuron cells and altered neurogenesis, cataracts, and acute radiation syndromes. In addition, he has developed theoretical models of nuclear fragmentation, radiation transport, microdosimetry, and systems biology models of DNA repair and cell signaling.

Cucinotta earned his bachelor’s in physics from Rutgers University, and Doctoral Degree from Old Dominion University with a major in nuclear physics. He is currently funded (2016-2021) by the National Cancer Institute to study radiation induced changes in neuron cell dendritic morphology in cancer treatment with X-rays, protons and carbon beams, and has received grants from the Department of Energy and NASA in the past.

He was president of the Radiation Research Society during 2013-2014, is a council member of the National Council on Radiation Protection and Measurements, and has published more than 350 peer-reviewed journal articles and numerous book chapters. Cucinotta currently serves on the editorial board for the Life Sciences in Space Research journal, and has been a guest editor for the journals Radiation Research, Frontiers in Radiation Oncology, Radiation Protection Dosimetry, and Radiation and Environmental Biophysics.