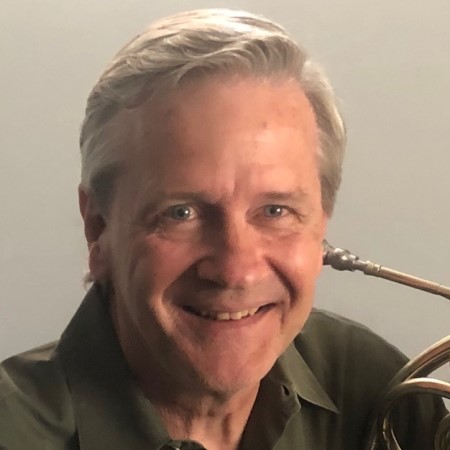 Recently, Bill was asked to perform with the Utah Symphony on a Mahler cycle for a series of concerts that culminated in a recording of Symphony No. 8 with the Mormon Tabernacle Choir. Bill has recorded soundtracks for video games and motion pictures such as Eulogy, Step Up Revolution, and Mirror, Mirror.  Over the years, Bill has performed solo recitals, judged competitions, done studio recording, and held master classes around the country.  He has recorded for The Masters Symphonic Band Series and for Mode Records, and performed as a soloist with the Corpus Christi Symphony, Waco Symphony, Corpus Christi Chamber Orchestra, Dallas Wind Symphony, Victoria Bach Festival, Penfield Symphony, Chautauqua Symphony Orchestra, Las Vegas Philharmonic, and the International Horn Society’s regional and international workshops.  Bill Bernatis "The Etude" is a recorded collection of annotated well-known virtuosic etudes that are available on Facebook and YouTube.  He is still active as a recitalist, clinician, and freelance performer.