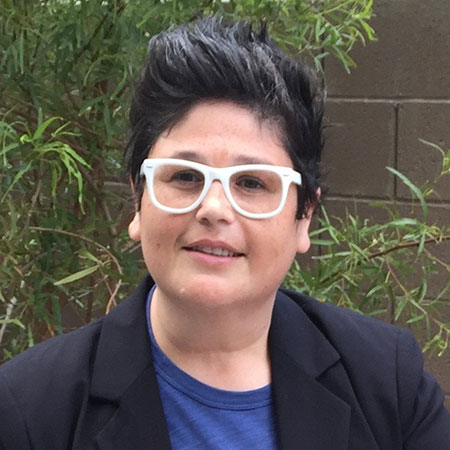 Georgiann Davis joined the faculty at UNLV in 2014 after teaching for several years at Southern Illinois University Edwardsville.

She is the author of the multi-award winning book Contesting Intersex: The Dubious Diagnosis (NYU Press, 2015). In the spring of 2016, she was recognized with the COLA William Morris Award for Excellence in Scholarship. At SIUE she received the 2013/14 Vaughnie Lindsey New Investigator Award and the 2013 Faculty Fellow of the Year Award. During her graduate school training at the University of Illinois at Chicago (Ph.D. 2011), she received numerous awards for both her teaching and scholarship, including the 2012 Outstanding Thesis Award and the 2009 Beth B. Hess Memorial Award from Sociologists for Women in Society.

Her research is social justice oriented and at the intersection of sociology of diagnosis and gender theories. She has published papers on intersex traits as well as medical specialization, and her findings have appeared in numerous outlets ranging from Gender & Society to American Journal of Bioethics to Ms. Magazine. She has also presented papers at the annual meetings of the American Sociological Association, National Women’s Studies Association, Midwest Sociological Society, Society for the Study of Social Problems, and Sociologists for Women in Society.