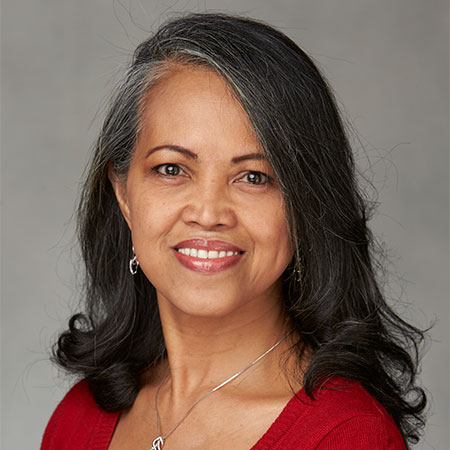 Cristina Scoble grew up in Pasig City, a suburb of Manila, in the Philippines where she received her Bachelor in Broadcast Journalism degree. She relocated to Henderson Nevada in 1992. While working in Boulder City in 1995, she started taking evening studies in CSN where she later received her Associate's degrees in General Studies and in Business Administration. Cristina started working for the State of Nevada in 1998. She was at the University of Nevada School of Medicine in 2000, and joined UNLV English Language Center in 2006 as the Office Manager. She is a charter member of UNLV Toastmasters club which helped her tremendously when she went on to pursue a Master’s degree in Health Care Administration at UNLV. Additionally, Cristina has served on a job search committee, volunteered for ACS Relay for Life, and St. Thomas More’s Family Promise program.