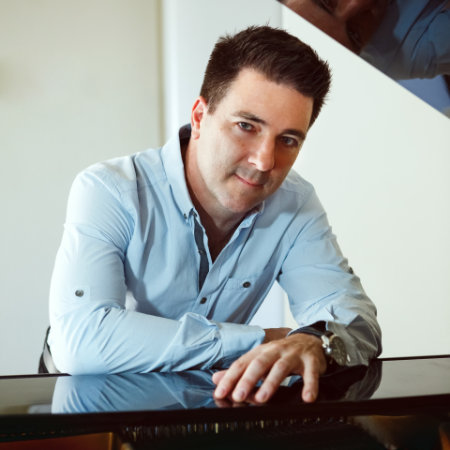 Vibrant, rhythmic, captivating, and lyrical are just a few of the many adjectives that can be used to describe the many facets of this talented and creative Canadian jazz pianist and composer. Clements, who was a child prodigy at the age of four, won numerous piano competitions in Canada and quickly became an internationally recognized artist, performing in the United States, Europe, Asia, and Africa. One of Clements’ highest accomplishments is the Alberta Achievement Award, which was presented to him by the Government of Canada. He is currently in his eighth year teaching jazz and commercial piano, composition, and arranging at the University of Nevada Las Vegas. He also performs nightly in Cirque du Soleil’s water show ‘O’.

Maintaining an active performing career, Clements performs at venues around Las Vegas and Los Angeles. Clements’ skills and versatility as a composer are recognized by a series of commissions for Canada’s nationally known Montreal Jazz Big Band, including a 60-minute suite entitled “Jazz Images” portraying the history of jazz. In addition, Suite No. 4 ‘Cycles’ can be heard on the McGill Jazz Orchestra’s release Ostinatocious and by the Timucua Jazz Orchestra on their album Live @ Timucua. Clements is also an active film composer. His latest score features his Latin jazz sextet in a short Canadian dance film entitled Turnaround Tango. Other film projects include music for the Rockefeller Center presenting Paramount Pictures re-issue of It’s a Wonderful Life. He also received an AEGIS award for his music score in the film documentary Lewis and Clark: Following their Footsteps. Clements’ most recent composition is a large work for orchestra entitled The Mosaic House inspired by George Ehling who spent 40 years creating mosaics on his house.

An active recording artist, Clements is currently recording with his Latin jazz sextet highlighting his Afro-Cuban suite Gateway. He has also recorded three albums under his own name, Suite No. 3 ‘The Cycle of Life’, Emily’s Song and Waiting for you…His album Waiting for you…, featuring renown drummer Danny Gottlieb received extensive publicity and favorable reviews and had over 400 spins across North America. Furthermore, the release landed at #50 on Jazzweek, #2 at !Earshot Jazz (Canadian jazz chart), #5 Chartattack (Canadian jazz chart), and #34 on CMJ. Clements’ most recent album Between Stops is a collaboration with Cirque musicians John Abraham and Zara Tellander.

Clements holds a Doctorate in Musical Arts in Jazz Studies from the University of Southern California, a Master’s degree in Jazz Performance from McGill University, and a Bachelor's degree in Contemporary Writing and Production from Berklee College of Music. He also holds two associateship performance diplomas from the Royal Conservatory of Music and Mount Royal College Conservatory of Music, where he was awarded a gold medal and scholarship.