We’ve Got Issues: The Best of The Believer Archive 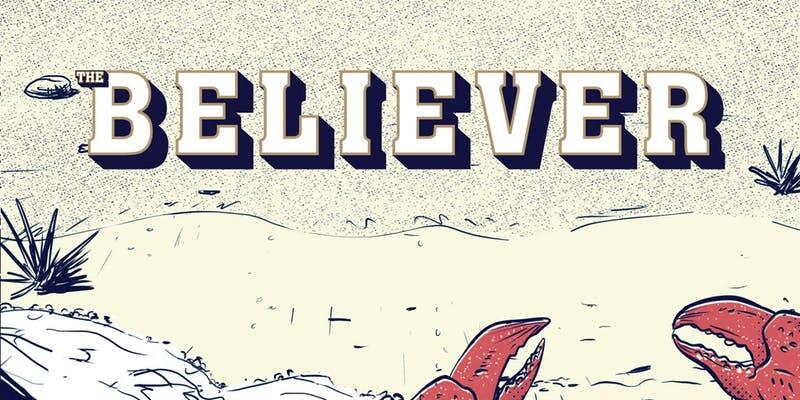 For more than 15 years, The Believer magazine has published an array of emerging and established voices. Join features editor Camille Bromley, managing editor Daniel Gumbiner, Believer contributors, and staff as they read select highlights from the magazine’s archive of essays, comics, humor, poems, and interviews. The evening will also offer an exclusive sneak peek at the upcoming December Issue.

Camille Bromley is a features editor at The Believer and social media editor for the Out of Eden Walk, a National Geographic project. She is a former associate editor of Harper's Magazine. She lives in Brooklyn.

Susana Ferreira is a Portuguese-Canadian freelance reporter, producer, and longform writer for magazines and film. As a correspondent and stringer, she has filed from throughout the world for major dailies, wires, television news networks and radio. She speaks five languages — six, if you count "Toronto English"

Daniel Gumbiner was born and raised in Northern California. He graduated from UC Berkeley in 2011 and now lives in Southern Nevada. The Boatbuilder is his first book.

Frank Johnson is a poet, essayist, and visual artist born and raised in East Las Vegas. His work draws primarily from the literary traditions of hip-hop and the most dope facets of its culture, as well as the conventions of the general American canon. Frank is currently an MFA candidate at the University of Nevada, Las Vegas, where he is working on his debut book of poems and artwork. His work has been featured in the Las Vegas Film Festival, Los Angeles Review of Books, & The Rumpus