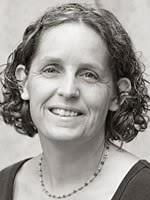 The music of Verdi was woven into the fabric of Italy's revolutionary movement and progress towards unification in 1861 in surprising and surreptitious ways. This lecture considers intrusions of opera into revolutionary musical practice, where it evolved from laments for fallen heroes to songs designed to rally troops. More recent popular appropriations of Verdi’s music include its insertion into Catholic masses and its use by the populist Lega Nord. Teasing out connections between original context and re-interpretation can tell us much about music’s importance to protest movements, as well as about the expressive impact of the original operatic sources.

Sponsored by College of Liberal Arts – Dean’s Office, Marjorie Barrick Museum of Art,  and co-sponsored by the UNLV School of Music.