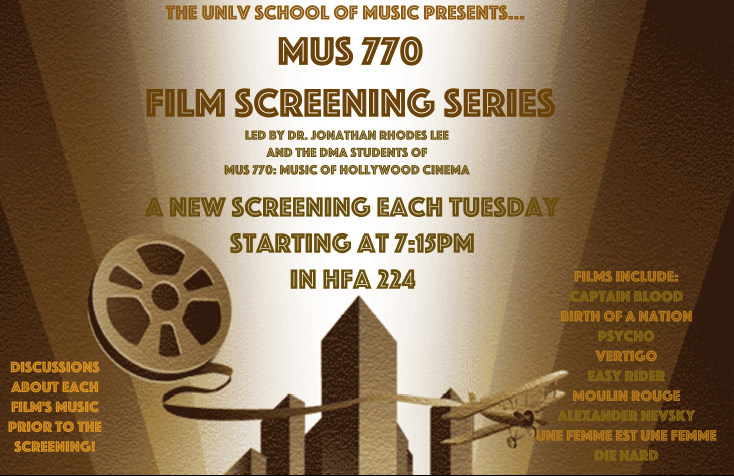 The School of Music and its seminar on Hollywood Film Music would like to invite you to a weekly film series. Each week, we will screen a different film that has been selected particularly because it bears an interesting relation to (or contradicts) classic Hollywood scoring practices. The screenings will be prefaced by 10-15 minute presentations about the films’ scores.

Screenings will be held in HFA 224 beginning at 7:15 p.m. A schedule (subject to change) follows:

This event is free and open to the public, so please spread the word and invite others to enjoy a different film each week.