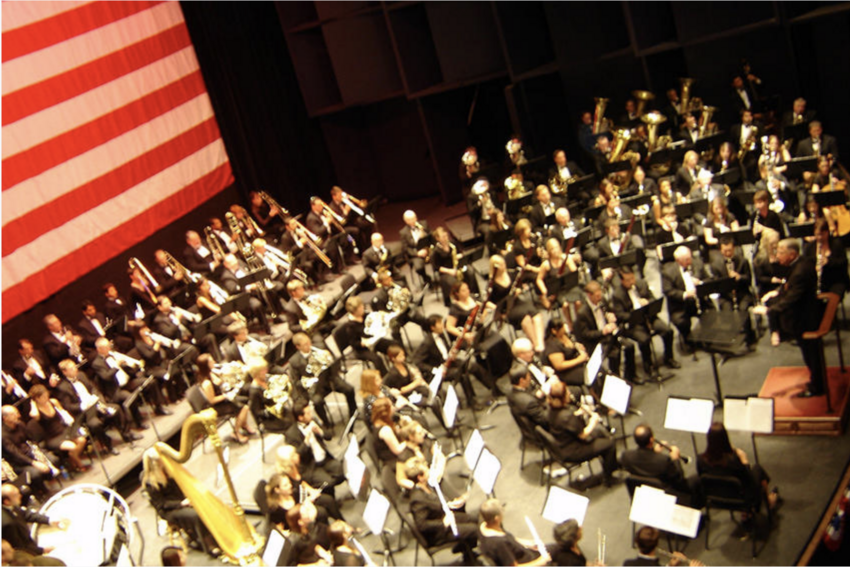 The Community Concert band comprises Las Vegas and Clark County residents representing every profession; it has performed numerous concerts on and off the UNLV campus, many of which have helped benefit local charities such as Big Brothers and Big Sisters of Southern Nevada, Catholic Charities of Southern Nevada and Helping Hands of Henderson. Other special performances include concerts for the 40th Anniversary of UNLV Continuing Education (now Educational Outreach) in 2006, the 50th Anniversary of the United States Air Force in 1997 and Congressional Academy Night hosted by Senators Harry Reid, and Richard Bryan and U.S. Representatives Jim Bilbray and Barbara Vucanovich in 1990.

The New Horizons Band was started in January 2006 and emphasizes the learning and enjoyment of music as opposed to the rigor and pressures of performance, although the band does regularly perform concerts.

$8 discounted tickets are available to seniors, military members, and UNLV faculty and staff. All students may receive one free ticket with valid ID.