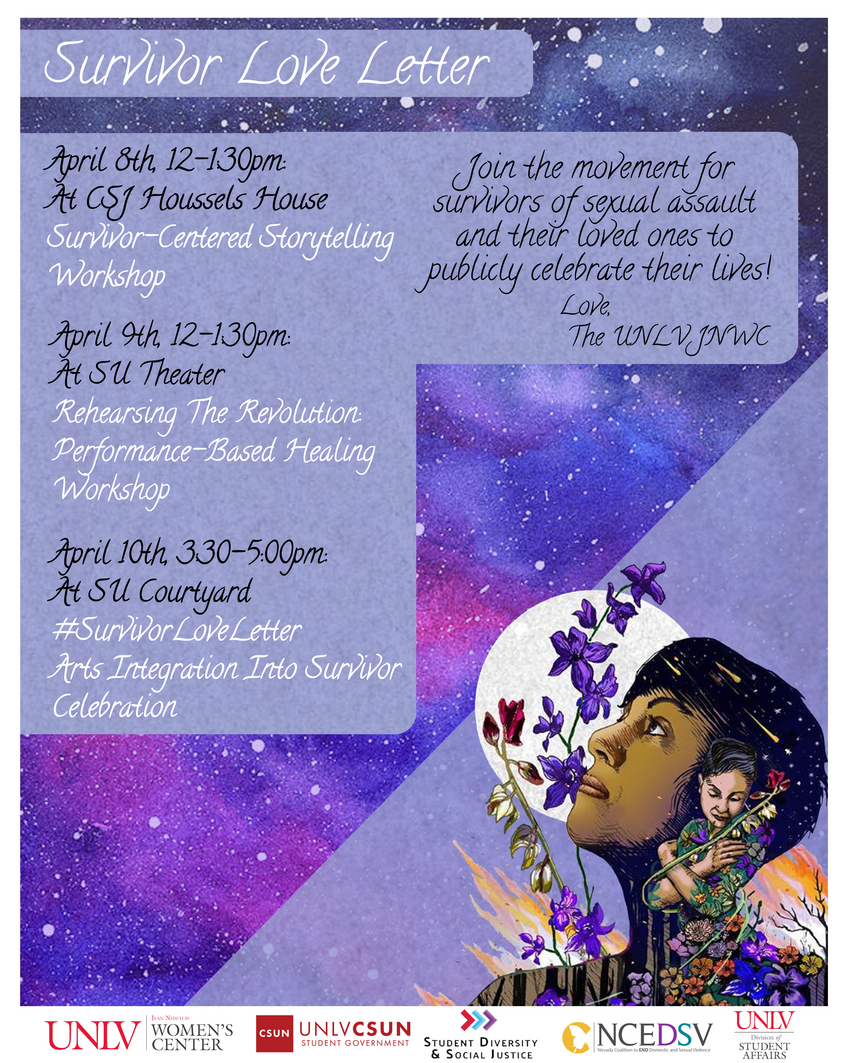 Workshop #2: The Rehearsing the Revolution Workshop is an opportunity for survivors of sexual assault and their loved ones to create their Survivor Love Letter (or any story of survivorship) into performance art, and engage in performance-based healing.

This event is free and open to the public. Attend the full workshop, or drop in as time permits. No RSVP is required.