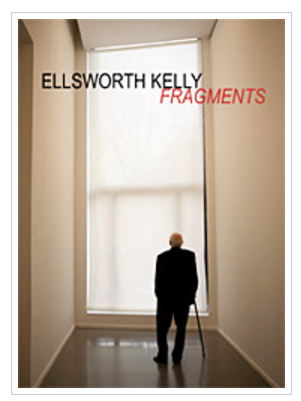 "In my paintings I'm not inventing; my ideas come from constantly investigating how things look."- Ellsworth Kelly

Join the Barrick Museum every Saturday for a FREE screening of Checkerboard Film Foundation’s documentary, Ellsworth Kelly: Fragments. Ellsworth Kelly is widely regarded as one of the most important abstract painters, sculptors and printmakers working today. Kelly insists on the connection between abstraction and nature from which he extrapolates forms and colors.
Since the beginning of his career, Kelly's emphasis on pure form and color and his impulse to suppress gesture in favor of spatial unity, has played a pivotal role in the development of abstract art in America.

This hour-long documentary, shot in High Definition, elucidates the true complexity of the artist's work. In following Kelly as he revisits the Paris of his early twenties, the film uncovers early influences which became leitmotifs that he would return to, reiterate, refine, and re-work for decades to come.

Additional Ellsworth Kelly related events you can check out.

Suggested voluntary contribution:
$5 for adults;
$2 for children and senior