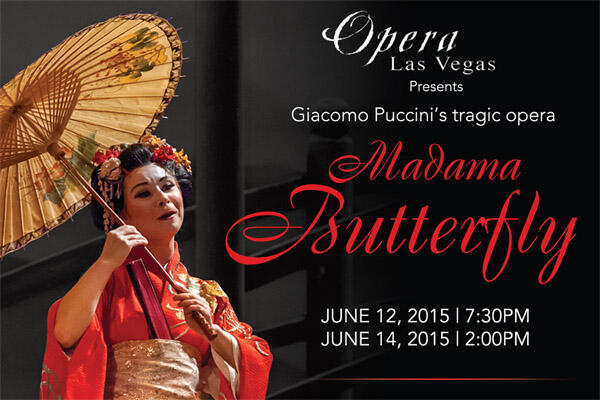 Henry Akina, General Director of the Hawaii Opera Theatre, will direct the production, and Opera Las Vegas’ Artistic Director, Gregory Buchalter (of the Metropolitan Opera) will lead the orchestra.

Sutin will be singing his third role with Opera Las Vegas after his Figaro in Barber of Seville in 2014 and Scarpia in Tosca in 2011.

Mezzo-soprano Stephanie Weiss of the voice faculty of the UNLV Department of Music will appear as Butterfly’s maid, Suzuki; and Brian James Myer, a UNLV Music graduate, will be Prince Yamadori. Myer is a former Opera Las Vegas Young Artist and both are Las Vegas locals.