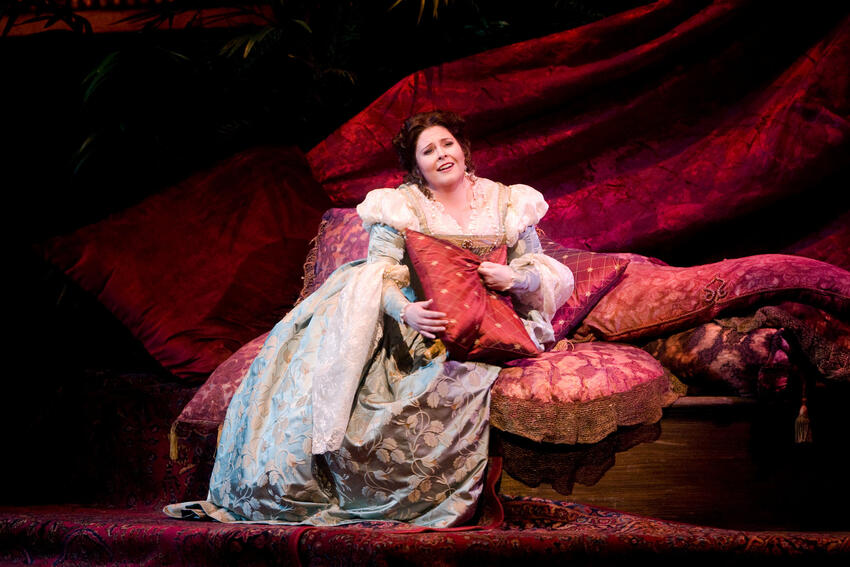 Hailed as “the most talked about soprano of her generation” (Opera News), American soprano Angela Meade is the winner of both the Metropolitan Opera’s 2012 Beverly Sills Artist Award and the 2011 Richard Tucker Award. In 2008 she joined an elite group of history’s singers when, as Elvira in Verdi’s Ernani, she made her professional operatic debut on the Met stage. Since then she has fast become recognized as one of today’s outstanding vocalists, excelling in the most demanding heroines of the 19th-century bel canto repertoire as well as in the operas of Verdi and Mozart.