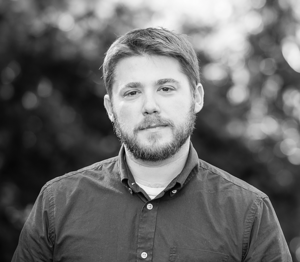 Lucas Mann was born in New York City and received his MFA from the University of Iowa, where he was the Provost’s Visiting Writer in Nonfiction. His latest book is Captive Audience: On Love and Reality Television (Vintage, 2018). He is also the author of Lord Fear: A Memoir, which was named one of the best books of 2015 by The Miami Herald, Kirkus Reviews, Paper Magazine, Largehearted Boy, and Oprah.com, and Class A: Baseball in the Middle of Everywhere, which earned a Barnes & Noble Discover Great New Writers selection and was named one of the best books of 2013 by The San Francisco Chronicle. His essays have appeared in Guernica, BuzzFeed, Slate, Barrelhouse, TriQuarterly, and The Kenyon Review, among others. He has received fellowships from The National Endowment for the Arts, the United States Artists Foundation, The Wesleyan Writers Conference, and The Virginia Center for the Creative Arts, He teaches creative writing at the University of Massachusetts Dartmouth and lives in Providence, Rhode Island with his wife.

Sarah Marshall grew up in Oregon and Hawaii and earned an MFA in fiction at Portland State University. Her writing has appeared in The New Republic, BuzzFeed, and The Believer, among other publications, and she co-hosts You're Wrong About, a podcast about misremembered history. A former future academic, she is now a traveling housesitter, babysitter, sled dog handler, and journalist.