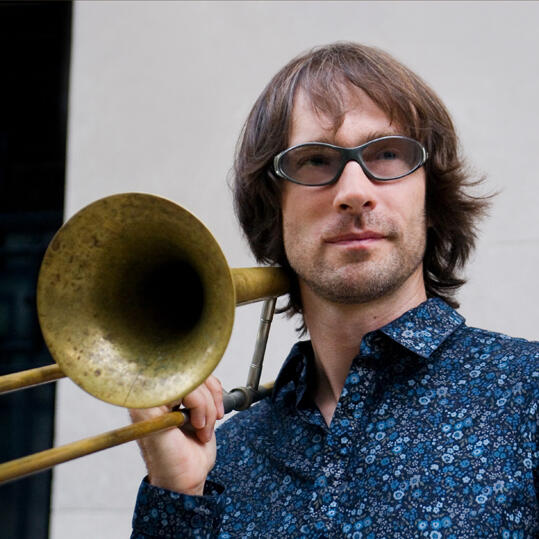 The Arnold Shaw Popular Music Center presents a lecture by Chris Washburne, Professor of Music at Columbia University. The event is free and open to the public.

Jazz has always been a genre built on the blending of disparate musical cultures. Latin jazz illustrates this perhaps better than any other style in this rich tradition, yet its cultural heritage has been all but erased from narratives of jazz history. The talk will focus on Professor Washburne’s recently published book Latin Jazz: The Other Jazz (Oxford University Press 2020) which corrects the record, providing a historical account that embraces the genre's international nature and explores the dynamic interplay of economics, race, ethnicity, and nationalism that shaped it.

Chris Washburne is professor and chair of the Music Department at Columbia University and the Founder of Columbia’s Louis Armstrong Jazz Performance Program. Chris Washburne has published numerous articles on jazz, Latin jazz, and salsa. His books include Bad Music: the Music We Love to Hate (Routledge, 2004), Sounding Salsa: Performing Latin Music in New York (Temple University Press, 2008), and Latin Jazz: the Other (Oxford University Press, 2020). As a trombonist has performed on over 150 recordings, two Grammy winners and seven Grammy nominated. He has been hailed as "One of the best trombonists in New York..." by Peter Watrous of The New York Times and “one of the most important trombonists performing today” by Brad Walseth of JazzChicago.Net. He was voted as “Rising Star of the Trombone” numerous times in the annual Downbeat Critics Poll. He has performed with Tito Puente, Celia Cruz, Eddie Palmieri, Muhal Richard Abrams, Ruben Blades, Celine Dion, Gloria Estefan, Justin Timberlake, Marc Anthony, Björk, They Might Be Giants, Roscoe Mitchell, Grady Tate, Jaki Byard, and Duke Ellington Orchestra. He is the leader of the highly acclaimed SYOTOS Latin jazz band, FFEAR, and the Rags and Roots jazz band.