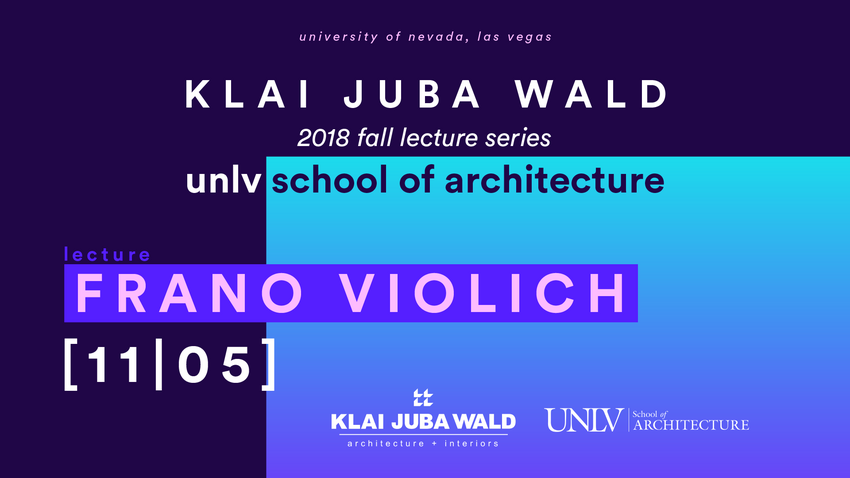 Born in San Francisco, California, Frano Violich grew up in a bi-lingual family with strong ties to Venezuela and South America. Violich received his Bachelor's degree in Architecture at the University of California at Berkeley, and received the Masters of Architecture from the Graduate School of Design at Harvard University where he was graduated with Distinction, the School's highest academic honor. Frano Violich received Harvard University's Julia Appleton Travelling Fellowship Award and studied the fusion of traditional construction and contemporary design in Japan. In 1990, he founded Kennedy & Violich Architecture (KVA MATx) in partnership with Sheila Kennedy.

As a Founding Principal at KVA MATx, Frano Violich has created an interdisciplinary design practice which engages material fabrication, digital technology and the conservation of natural resources to expand the public life of buildings and cities. Violich has directed the winning competition projects for the University of Pennsylvania Law School, now under construction, the Clemson School of Architecture Charleston, and the Internationale Bauaustellung's (IBA) Smart Materials Housing Program in Hamburg, Germany (construction 2012). He was a co-recipient of the Emerging Architects Award and Young Architects Award from the Architectural League of New York with his partner Sheila Kennedy and has had his work exhibited at the Cooper Hewitt National Design Museum, the International Rotterdam Biennale, the Vitra Design Museum in Germany, the San Francisco Museum of Modern Art (SF MoMA), and the Museum of Modern Art (MoMA) in New York City.

In addition to his work at KVA MATx, Violich has held private shows at MassMoca in North Adams, MA, the Max Protech Gallery in New York City, NY, the Phillip Bonafont Gallery in San Francisco, CA, and his work is in the permanent collection of the Museo de Arte Contemporanea in Merida, Mexico. Violich has been a lecturer and keynote speaker at several international conferences including the Centro Metropolitana de Diseno Conference, Buenos Aires, Argentina, the 2008 Plastics Electronics Conference, in Berlin, Germany, the Royal Australian Institute of Architecture in Sydney, Australia, the 2008 World Sustainability Conference in Melbourne, Australia, the Society for College & University Planners in Montreal, CA, and this Fall will address the 2010 Design & Innovations Conference in Sao Paolo, Brazil. Violich has served on design thesis reviews at the University of Toronto, the Massachusetts Institute of Technology, the Rhode Island School of Design, Harvard's Graduate School of Design, and the University of California at Berkeley.