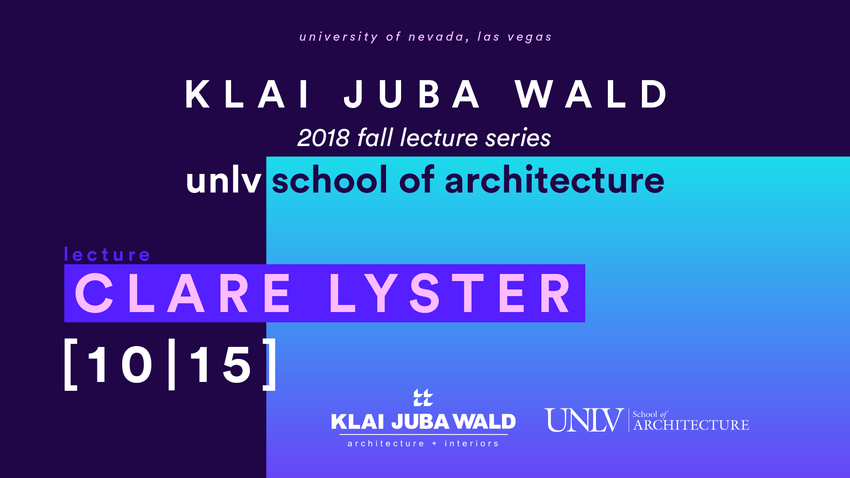 Clare Lyster is an architect, educator and writer based in Chicago, where she is an Associate Professor at the UIC School of Architecture. Her work explores urbanism from the perspective of contemporary theories in landscape, infrastructure and globalization.

She is founder of CLUAA [pr: clu-aa], Clare Lyster Urbanism And Architecture, a research-based design practice that focuses on the city, with an emphasis on designing public space and intensifying urban systems as ways to productively invigorate collective life in the built environment. CLUAA’s work has been exhibited at the Chicago Architecture Foundation, the Chicago History Museum, the Art Institute of Chicago, The Lisbon Architecture Triennale, University College Dublin, The Seoul Biennale for Architecture and Urbanism. the Venice Biennale and in an upcoming show Patent at the V+A Museum in London.

Clare is author of Learning from Logistics: How Networks Change Cities (Birkhauser, 2016); co- editor of Third Coast Atlas, (ACTAR 2017) with Daniel Ibanez, Mason White and Charles Waldheim; Envisioning the Bloomingdale: 5 Concepts (Chicago Architecture Club, August 2009) and 306090 vol. 09 Regarding Public Space, (Princeton Architectural Press, 2005), with Cecilia Benites. Essays have appeared in Cabinet, Chicago Architect, Harvard Design Magazine, the Journal of Architectural Education, the Journal of Landscape Architecture, MONU, The Architects Newspaper, Places and Volume as as well as chapters in edited anthologies on landscape and mobility networks. In 2015 she collaborated with Dyehouse Films, to produce a movie about the I+M Canal, a waterway that was pivotal in the early evolution of Chicago.

Research has been funded by the Arts Council of Ireland, the UIC College of Architecture, Design & The Arts, and the Graham Foundation. Clare is a registered architect in New York and Illinois and holds a BArch from University College Dublin (Ireland) and a MArch from Yale University. She has also taught at Syracuse University, University of Toronto, and Harvard University and was the Gillmor Lecturer at the University of Calgary in fall 2017.