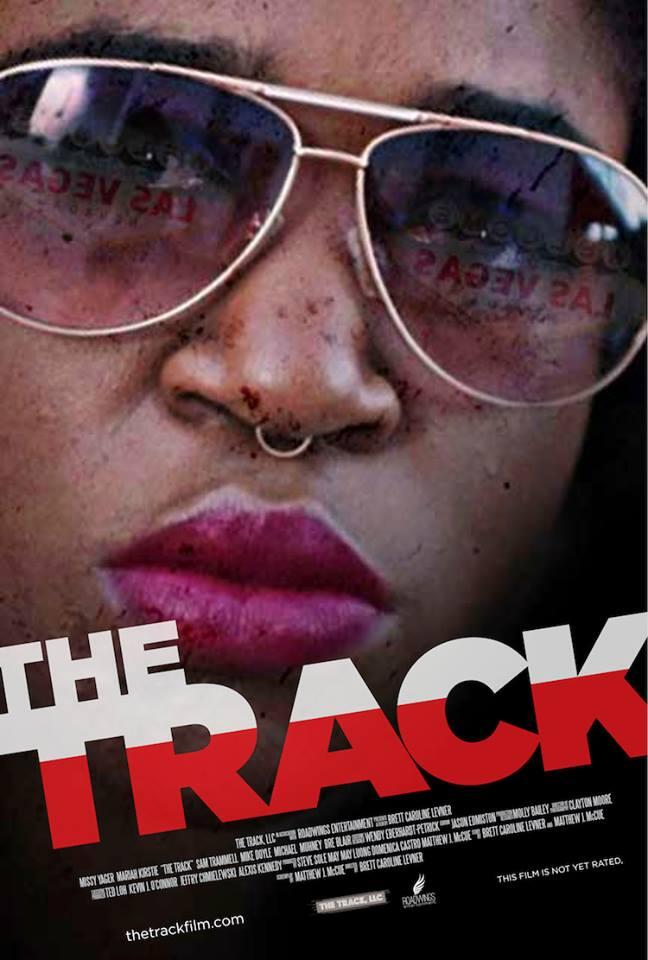 It was directed by UNLV Film Department Professor Brett Caroline Levner. Levner is a graduate of Columbia University’s Graduate Film Program and has been teaching at UNLV for five years.  Prior to that, she produced non-fiction television for cable channels like MTV, A&E and WE and won the 2004 Coca-Cola Refreshing Filmmaker Award for her short film, Being Reel.

The Track is a true interdisciplinary project incorporating the talents of multiple departments and schools at the University of Nevada, Las Vegas. Professor Alexis Kennedy of the Criminal Justice Department came aboard as an associate producer and consultant on the project. Professor Diego Vega from UNLV’s School of Music composed the original music. Professor Eric Franklin from UNLV’s William S. Boyd School of Law provided legal counsel and contributed a song to the soundtrack. Professor Clarence Gilyard of the UNLV Film and Theater Departments played a role in the film.

Shot exclusively in Las Vegas, The Track tells the story a woman from the suburbs who crosses paths with a sexually exploited teenage girl working the streets of Las Vegas, the two strike up an unlikely friendship which blossoms into a mother-daughter relationship that saves both their lives.

This screening will also be a fundraiser for The Embracing Project. The mission of The Embracing Project is to awaken the social conscience of those youths caught in violent situations throughout the Las Vegas Valley. We do so by engaging youth through educational services, enrichment activities, leadership opportunities, and unconditional support.

Donations to The Embracing Project are strongly encouraged.

There will be a Q&A and reception following the screening.

Cinefemmes and the Department of Film