Exhibition: First Folio! The Book that Gave Us Shakespeare 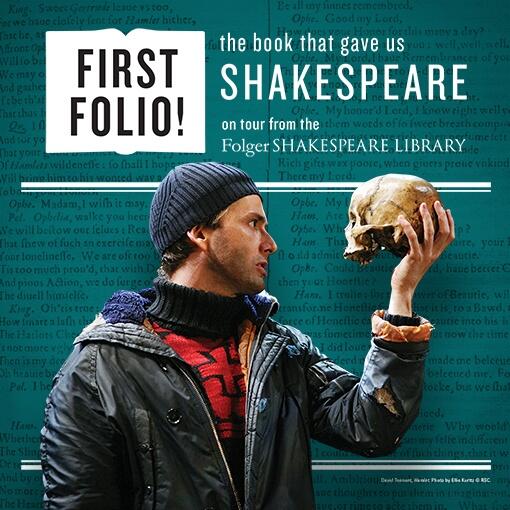 University Libraries was recently selected as Nevada’s host site for First Folio! The Book that Gave Us Shakespeare, on tour from the Folger Shakespeare Library, a national traveling exhibition of the Shakespeare First Folio, one of the world’s most treasured books. The First Folio exhibition will be open to the public September 1-29.

“The UNLV University Libraries is excited that Southern Nevada will be able to experience first-hand the wonder and rareness of the First Folio,” said Michelle Light, director of special collections. “From Shakespeare aficionados to students studying the Bard’s plays for the first time, this exhibit is a rare opportunity for people in Nevada to see one of the most influential books in history.”

The Folger Shakespeare Library, in association with Cincinnati Museum Center and the American Library Association, is touring a First Folio of Shakespeare in 2016 to all 50 states, Washington, DC, and Puerto Rico, beginning in January 2016. A full list of host sites and tour dates is available through the Folger website.

The First Folio will be opened to the most quoted line from Shakespeare’s Hamlet, “to be or not to be.” A multi-panel exhibition exploring Shakespeare’s impact, then and now, will be accompanied by digital content and interactive activities.

UNLV University Libraries is currently planning several programs to coincide with the arrival of Shakespeare’s First Folio, including an opening reception, scholarly lectures, and workshops for teachers, students, and families.

The First Folio is the first complete collected edition of Shakespeare’s plays, published in 1623 seven years after his death. Compiled by two of Shakespeare’s fellow actors, it preserves 36 of Shakespeare’s plays. Without it, we would not have 18 of those plays, including Macbeth, Julius Caesar, Twelfth Night, The Tempest, and Antony and Cleopatra. Thanks to the First Folio, generations have experienced Shakespeare’s lasting influence on language, culture, theater, music, education, and more. There are 233 known copies in the world today, with 82 copies held by the Folger Shakespeare Library.

“At the Folger Shakespeare Library, we’re looking forward to taking the books out of our vaults in 2016 and on the road,” said Michael Witmore, Director. “We’re excited to see the many different ways that communities across the country will be celebrating Shakespeare—in performances, poetry slams, lectures, and more.”

First Folio! The Book that Gave Us Shakespeare, on tour from the Folger Shakespeare Library, has been made possible in part by a major grant from the National Endowment for the Humanities: Exploring the human endeavor, and by the support of Google.org, Vinton and Sigrid Cerf, the British Council, and other generous donors.

Tickets are highly encouraged, and can be arranged only through the First Folio! webpage.

If you have any special accommodation needs, please contact Angela Ayers in the UNLV University Libraries Administration Office at 702-895-2277 (or by email at angela.ayers@unlv.edu) in advance.