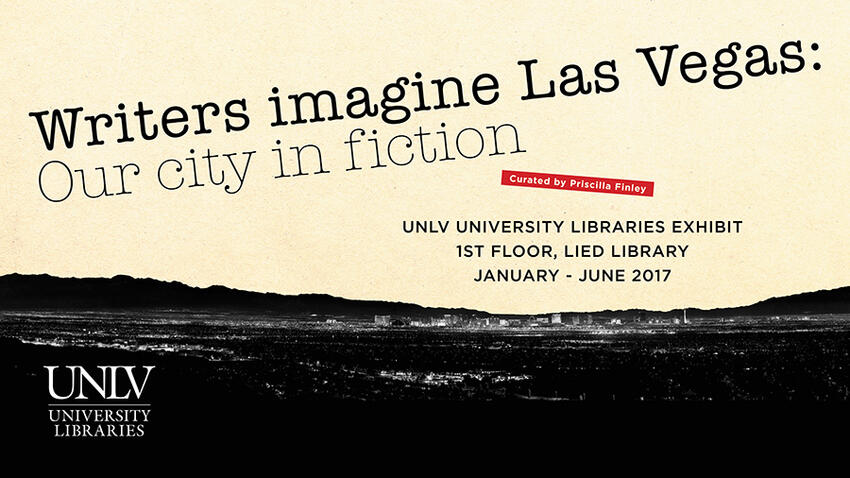 With a name and a brand recognizable almost anywhere on Earth, it is no wonder that fiction writers choose Las Vegas as the backdrop for stories about people chasing their dreams, running from their past, or just finding their way in a world where one begins to suspect the deck might be stacked.

In Bright Light City: Las Vegas in Popular Culture, Larry Gragg traces the shift in this city’s fictional representations from the 1940s to the end of the 20th century. First taking root in the popular imagination as the last roaring frontier town of the wild west, where men came to make their fortunes unencumbered by family obligations, by mid-century Las Vegas was better known as a glitzy resort destination. Luxury and glamour supplanted the dusty frontier, and these have remained constant, even through the city’s 2003 advertising campaign, “What happens here, stays here.”

Much of the fiction set in Las Vegas takes a crack at peeking behind the scenes. Tourists, entertainers, and fighters of all manner engage with the dark machinery maintaining the illusions and indulgences that keep the city igniting the imagination of the world. Detectives, swindlers, and entrepreneurs find a rich environment to make discoveries and use their gleanings to their advantage. Even coming-of-age stories and family dramas set in Las Vegas address the reputation of the city, its visitors, and the unusual opportunities and pitfalls offered here.

Drawn from UNLV University Libraries Special Collections, the novels in this exhibit showcases both the extremes and the routines of Las Vegas. Some come from the perspective of visitors; many are from writers who have lived and worked here for years. Collectively, these works offer something new and entertaining for any reading list.

The exhibit is on display in Lied Library through June 2017.

This event is free and open to the public during normal Lied Library hours.