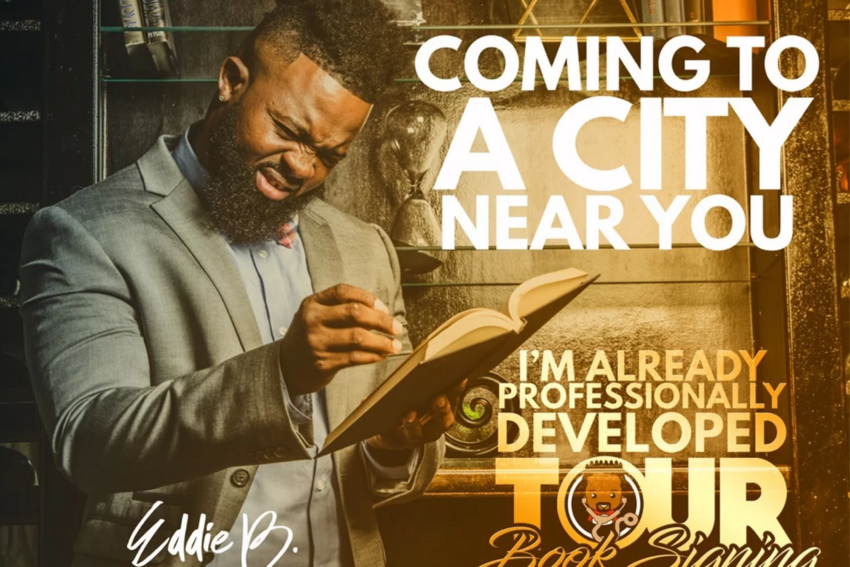 This event has been canceled. The UNLV Performing Arts Center Box Office will refund purchases to the original payment method. For questions, please contact pacboxoffice@unlv.edu.

Eddie B is comedy on steroids!

The Houston native is single handedly changing the comedy game, tapping into the minds of teachers around the world and selling out major arenas throughout the country in minutes!

While others waited in the wings for a shot at becoming a top standup comic, Eddie soared to new heights by creating his own opportunity with the blockbuster “I’m Already Professionally Developed Tour!” Coming off his previous, highly successful “Teacher’s Only Tour,” the worldwide comedy showcase is shattering attendance records with sold-out shows. Eddie B has established himself as the official voice of teachers across the globe. Educators from America to Africa, Dallas to Dubai, New York to New Delhi (and beyond) are getting a lesson in the funniest ways to express their worst frustrations and they are loving every second of Eddie B’s uncensored, raw, and hysterically realistic portrayal of a teacher’s hectic life, from the point of view of an actual teacher!

The phenomenon, which began with a series of videos entitled “What Teachers Really Say” (written, produced, and starring Eddie B) has tapped into a niche only this multi-faceted comic/teacher can comprehend. Through a rigorous comedic set characterized by original material and accented by physical comedy, Eddie B says what teachers everywhere are thinking but couldn’t quite say out loud, until now. He is now the official “voice of teachers” and is currently in talks to parlay the mega success of his tour into a book deal as well as television and big screen versions of his wildly popular viral videos. Millions of educators on social media are calling his shows their very own stress reliever and they are filling their favorite venues to capacity eager to hear Eddie B speak THEIR mind!

The self-made artist has headlined sold-out shows at the famed Houston Improv and New York’s Broadway Comedy Club. Eddie B is also the most irreverent member of the breakthrough group “The 5 Degrees of Comedy.” Fans love their boisterous bad boy. On stage he says what he lives, plain and simple. Eddie's comedy is hilarious, smart, passionate and brutally honest. There's comic wisdom behind those deep brown eyes and he serves it up with powerful energy. You'll be hard pressed to find a more well-rounded comic. Think you're ready for Eddie B? Buckle up. He's about to take you on a wild ride!