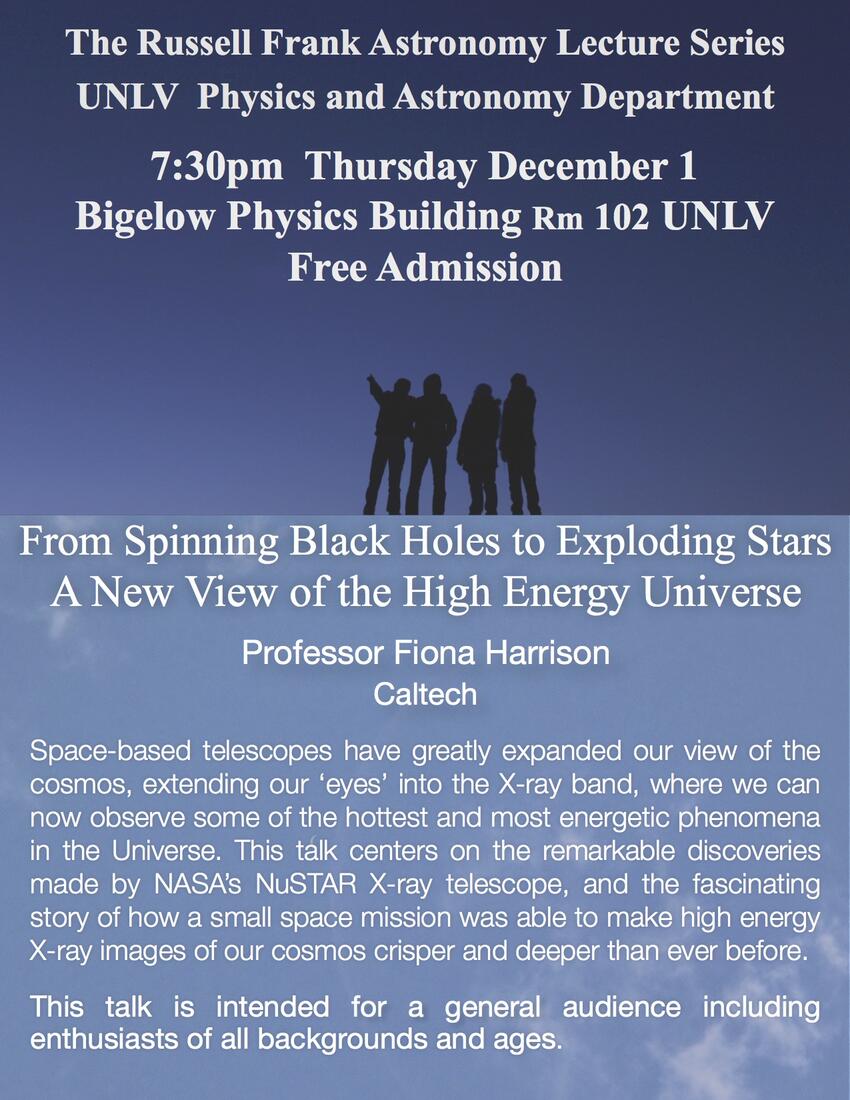 The Frank Astronomy Lecture Series and UNLV's Physics and Astronomy Department presents a talk titled, "From Spinning Black Holes to Exploding Stars A New View of the High Energy Universe" a talk by Fiona A. Harrison, Benjamin M. Rosen Professor of Physics; Kent and Joyce Kresa Leadership Chair, Division of Physics, Mathematics and Astronomy at Caltech.

Early humans viewed the heavens in visible light – a tiny portion of the vast spectrum that we now use to study our Universe. The age of space-based telescopes has greatly expanded our view of the cosmos, extending our ‘eyes’ into the X-ray band, where we can now observe some of the hottest, densest, and most energetic phenomena in the universe. NASA’s Nuclear Spectroscopic Telescope Array (NuSTAR) mission is an innovative, small X-ray telescope that has extended our view of the high energy cosmos. Since its launch in 2012 NuSTAR has studied black holes, the remnants of stellar explosion and other exotic phenomenon. Professor Harrison will talk about the remarkable discoveries made by NuSTAR, as well as the fascinating story of how a small space mission was able to make high energy X-ray images of our cosmos crisper and deeper than ever before.

This talk is intended for a general audience including enthusiasts of all backgrounds and ages.

UNLV Department of Physics and Astronomy