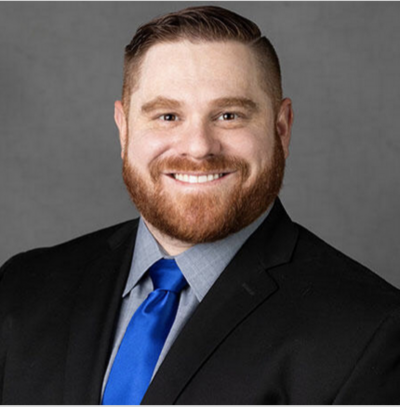 If you’ve ever played one of Aristocrat Gaming’s Buffalo-themed slot machines that pepper casinos on the Las Vegas Strip and beyond, you’ve got a “six degrees” link back to David Kaminkow. You might not know the name, but you know where his fingerprints have been.

“I ran the entire Buffalo brand globally for about five years, it’s our largest proprietary game,” David, the Senior Portfolio Manager of Aristocrat’s Atlanta-based Gimmie Games studio explains. “We create about 40-50 games out of our studio every year and I help touch all of them.”

In fact, David has had a hand in everything from the Sharknado-themed slot to celebrity-branded games featuring Mariah Carey, Britney Spears, Madonna, and Elvira. As an eight-year veteran of the gaming company, he’s been able to leave his mark in ideation, art direction, testing, and player research, just to name a few responsibilities; and risen through the ranks to serve as “the feet on the ground for our team in Atlanta.”

It's David’s dream to run his own studio for Aristocrat, and he sees the Executive MBA program as the next step toward that ultimate goal.

“What’s really cool about these studios is that they’re each run like their own separate entity,” he says. “Running a business is very similar to running a studio, and this program is getting me to that point where I could have that conversation with Aristocrat and they’d know that I’m ready.

“Our CEO is my mentor and he’s been encouraging me along the way. It starts there, and I’ve had that full support.”

Completing the EMBA is something David has had in his sights for some time, but it wasn’t until the pandemic struck in 2020 that he realized it was now or never.

“My mom and dad have always been pushing me to continue my education,” he says. “I have two kids, but I was at home and I had the time.

“I decided I was ready to go back, and I’m so happy, it’s been the greatest experience.”

David entered the program a seasoned professional, more than qualified to continue on his current path and able to enjoy a steady career. But like other members of Cohort 19 and the cohorts that came before, he needed to scratch the itch that all lifelong learners have, and unlock new levels of achievement so that he can grow beyond his current role.

Beyond that, he’s picking up as much as he can from his fellow cohort members, and appreciating the fact that they all can lean on each other when confronted with a challenge that isn’t in their wheelhouse.

“I don’t have an accounting or finance background, so going through those courses I had to lean on the group,” David explains. “And then they will lean on me for my marketing creative background.

“The quality of the discussions, the debates we have in class, you wouldn’t be able to get that if you didn’t have the level of quality of the people.”

Often, it’s the little things that have the biggest benefit, as understanding key financial and business terminology has helped David get a grasp on the larger operations at Aristocrat. Even if he’s not directly involved with another division, he no longer feels like he has to Google a term he’s overheard in a meeting.

Many of his colleagues at Aristocrat already have advanced degrees, and as he works his way through each course, David’s now able to bring something new to the table.

“About 3-4 years ago I had to create a business case for a new game that we were creating,” he recalls. “I helped write it, but I probably only understood 50 percent of it.

“Now, if they said, ‘Dave, you have to write a business case’ I could do it, ‘Boom.’ I can go and present it, and I don’t need anyone else to explain it for me. Three years ago, I probably couldn’t tell you what it meant.”