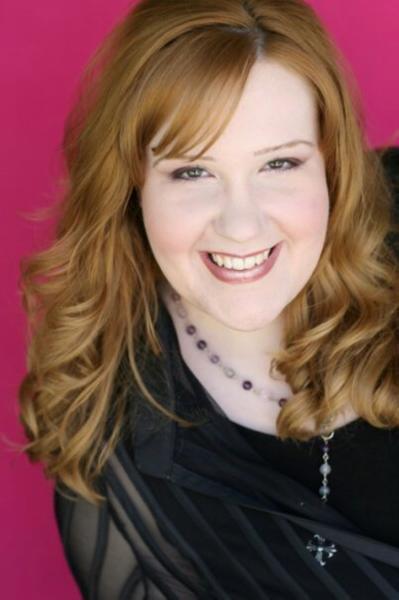 Born in Vegas, Stacy Swim could never quite seem to stay away. Her ties to the university began at a young age, as her uncle, Paul Swim, graduated from UNLV in 1985. Additionally, he was part of the Limbo Theatre here in the Ham Fine Arts Black Box Theater, where she and her mother were enthralled by the shows and made to feel at home on campus. Although she left for some time, her goals were set to return and follow in her uncle’s footsteps. This idea was so cemented in her core, the only university she applied to was UNLV, where she not only found a home within the theatre department, but graduated from it in 1998.

From 2000 - 2010 Stacy lived in Los Angeles while writing an entertainment blog and pursuing an acting career. Every tool in her acting and auditioning kit had either come from or was fine tuned by her time as a Theatre major. After moving back to Las Vegas in 2010, a run in with the President of the UNLV Fine Arts Alumni Board of Directors, she observed a board meeting and wanted to get involved, however, she had to move away from Vegas again in 2013.

Unable to keep away, she returned home in 2015. Almost immediately, she attended a UNLV Fine Arts Alumni Mixer, where she chatted with the President at the time, observed another meeting, and was soon voted in as a Board Member. In no time she was President - Elect, and in 2018 was officially voted President of the Fine Arts Board. She sees these responsibilities as the Chapter President as an honor and a privilege; leading the Fine Arts Alumni Chapter’s journey into the future alongside the other board members, Dean Nancy Uscher, and the faculty and staff that support them as one big family.

Stacy can been seen at many alumni events, proudly wearing her UNLV Alumni shirts and lapel pin. Every chance she gets she spreads the word about her love for UNLV and all the Alumni Association has to offer. It’s common to hear her say “Once a Rebel, always a Rebel”, and is certain that what she has to say about UNLV will never change.