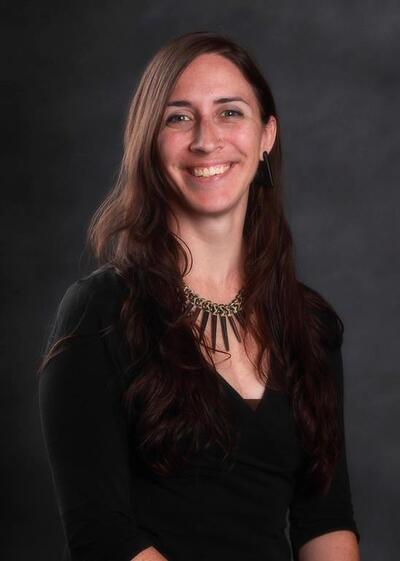 Put your finger on any part of the globe and chances are UNLV Nursing alumna Kathleen Cadman has been there.  She’s visited 137 countries on every continent and been to all 50 states. But her journeys are far more than just recreational.

Cadman is an associate professor at Weber State University’s Annie Taylor Dee School of Nursing. Her specialty is population health nursing, along with foci in global health, and equity, diversity, and inclusivity (EDI) work. By combining her passions for traveling and healthcare, Cadman has sharpened her perspective on nursing by looking for humanity in all.

A World of Opportunities

Cadman was born to two world travelers who met abroad through the military and has been exploring the world her whole life. She originally pursued an art career before transitioning to more stable work teaching in China. Cadman grew her interest in health education and during a trip to Australia, she was encouraged by a friend’s nurse mother to combine her love of traveling and healthcare to become a nurse.  She moved back to the States for nursing school, where she eventually landed as a nursing professor at Weber State University in 2013. There, she eventually learned about UNLV through a SON alumna, Rieneke Holman, who started the Ph.D. program a year before her. “I liked the idea of it being online,” she remembers. “There was also that nice accelerated option, and I am a glutton for academic punishment.” Cadman says she enjoyed the streamlined structure of learning, and how everything she did led to her dissertation.  Doing a paper on Bob Marley didn’t hurt, either.  “We [did] a paper on philosophers. I [chose] Bob Marley,” she says. “He did a lot of community-based work, and my whole area of interest is population health and community health work.” She added, “By allowing me to bring in things that were more out of the box - which I think is what nursing and academia both need as a whole - it helped me see where I can include more creativity in my own curriculum.”

Cadman finished her doctoral degree in less than three years in 2018.  Her dissertation focused on literacy adaptive instructions, which gave people with zero literacy the knowledge to develop their own environmental health projects without outside resources. She tested this out in Guatemala herself with a product called a solar bottle bulb, using specifically made picture-based instructions on how to build and install the bulb. “I created pictorial action instructions,” Cadman explains, “by researching different approaches for how to make a figure look specifically like a person, while generic enough to not represent only one culture, community, or gender; as well as how to show instruments and tools in a way that is easily interpreted from one picture to the next.”

Most importantly, she trained a local community leader to train the community members, in order to promote sustainability and cultural relevance.  Cadman says, “I don't ever want it to be seen as undermining what’s being done in a community, or going against cultural infrastructure. If an idea or approach is seen as something that's coming in from the outside, it's received differently than if it’s something within the community. Sustainability and empowerment are the keys to communities being able to replicate and repair projects.” She adds, “What often happens is there are well-intentioned study abroad groups from universities or faith groups that will go down and do ‘service projects’ where they'll show up, they'll put in the thing, they'll pat themselves on the back, update their blog, and go home. [But] there's no way to ever have that be scalable or for people to be able to do their own repairs.”

Showing The Humanity in Nursing

When she teaches her students population health, Cadman uses a human-centered approach. One example she gives is having her undergraduate students each choose a vulnerable population to study with the caveat of finding their stories outside of a textbook. “I have them make interactive connections, where they go beyond reading articles and talk to people about their experiences,” she says. “Once you take these health inequities and injustices and give them faces, then there's a huge student investment and passion.” Cadman also encourages her students to open up and be vulnerable about their own lives and experiences. “There’s a power in having students share about having an incarcerated parent, a child struggling with addiction, or their own mental health challenges…to giving students a space to be human with each other.”

It’s through this lens of humanness that Cadman hopes to show her classes how we are all connected and why compassion is key not just as a nurse, but as a person. “It's easy to hate from a distance, to look at something from the outside and dislike a group of people based on a hundred different reasons,” Cadman says. “It's hard to hate up close, when you're actually talking to a person, you get to know their story [and] share your own story. Being human with each other can tear down walls and divisiveness.”

Currently, Cadman’s research is based on promoting equity, diversity, and inclusion (EDI) in higher education. She serves as the faculty senate EDI committee co-chair at Weber State University and EDI chair for the college of health professions. Her committees are trying new interventions and teaching methods to gauge and hopefully influence perceptions of EDI on campus. “When we do not have diverse voices speaking, we tend to miss big things,” Cadman says. “If more voices are present, there are people to speak to more diverse experiences, whether differences are based on politics, religion, ethnic or racial background, gender, sexual orientation, or any other aspect of identity.”

A Life's Worth of Global Experiences

From riding her bike from St. Augustine, Florida to San Diego, California in 2010, to trekking the Tiger’s Nest in Bhutan to hiking the Inca Trail to Machu Picchu in Peru, Cadman’s explorations have taken her far and wide. She’s lived and worked in places like Honduras, China, Belize, Guatemala, India, and Nepal, as well as done research in Ghana, Kenya, and Mozambique.

Cadman always looks for some informative aspect to her adventures.  For instance, she and her family did a bike ride of the Underground Railroad in 2021, not necessarily for endurance but for education. She and her husband felt that their teenage son’s US History Class did not properly teach about the history of enslavement, including his ancestors, so they took a month and rode to various historical sites and museums from Mobile Bay, AL to Niagara Falls, NY. Cadman had a small Harriet Tubman figurine on the front of her bike for the whole ride. “It was a constant reminder of why we were doing the ride," she says. "Even when we were sweaty, miserable, and our whole bodies hurt, it kept us grounded in the purpose of the journey. The freedom seekers made this trek, literally risking their lives, to escape unthinkably inhumane and brutal conditions.” The final stop on their ride was Tubman’s grave, where they honored an often overlooked nurse.

When Cadman shares her travel stories with her students, she makes sure to emphasize the most important takeaways like vulnerability, safety, trust, connection, and humanity. She urges everyone to travel as often as possible, and to open themselves to new worlds and opportunities, whether it’s a global trip or within their own city. She says, “The more interactions you have and circumstances you are exposed to, the more open and understanding it makes you because you see life through a series of millions of lived experiences.”

Another way Cadman uses her storytelling is by showcasing the possibilities of various health practices.  “There are things I was taught in nursing school as absolute truths, that I have seen manifest differently in front of my own eyes,” she says. For example, during an extended stay at an ashram in southern India, she witnessed a sanyasi (religious Hindu man) in deep meditation decrease his heart rate to levels that education about the human body would say aren’t possible. She said, “I skeptically listened to his chest with my stethoscope long enough to realize that for as much as I know, I truly know nothing for sure, and that’s what makes life exciting.”